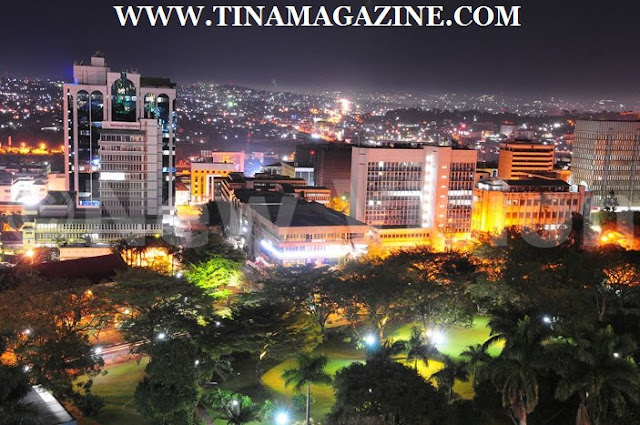 We at TINA Magazine will today showing you Kampala, Uganda. The city which is the nations’s capital. Below you will find certain things you are to know about the interesting about the city, which includes, history, facts, pictures, video and more. Enjoy the piece below.

Kampala is the capital and largest city of Uganda. The city is divided into five boroughs that oversee local planning: Kampala Central Division, Kawempe Division, Makindye Division, Nakawa Division, and Rubaga Division. Surrounding Kampala is the rapidly growing Wakiso District, whose population more than doubled between 2002 and 2014 and now stands at over 2 million. Kampala was named the 13th fastest growing city on the planet, with an annual population growth rate of 4.03 percent, by City Mayors. Kampala has been ranked the best city to live in East Africa ahead of Nairobi and Kigali by Mercer, a global development consulting agency based in New York City.

Kampala occupies a series of hills at an elevation of about 3,900 feet (1,190 metres) and is situated in the southern part of the country, just north of Lake Victoria. Kampala lies just north of Mengo, the capital of the kingdom of Buganda in the 19th century. It was selected in 1890 by Capt. Frederick (later Lord) Lugard as the headquarters of the Imperial British East Africa Company. Lugard’s fort on Old Kampala Hill remained the Ugandan colonial administrative headquarters until 1905, when it was moved to Entebbe. In 1962 Kampala (a municipality since 1949) became the capital of independent Uganda. Parliamentary and commercial buildings, industry, and residential areas are separated into sectors.

The city grew as the capital of the Buganda kingdom, from which several buildings survive, including the Kasubi Tombs (built in 1881), the Lubiri Palace, the Buganda Parliament and the Buganda Court of Justice. In 1890, British colonial administrator Frederick Lugard constructed a forum along Mengo Hill within the city, which allowed for the British to occupy much of the territory controlled by the Baganda, including Kampala. In 1894, the British government officially established a protectorate within this territory, and in 1896, the protectorate expanded to cover the Ankole, Toro Kingdom, and Bunyoro kingdoms as well.

SEE ALSO:  Best Holiday Tourist Destinations In Uganda And Things To Do (pics/video)

In 1905, the British government formally declared the entire territory to be a British colony. From that time until the independence of the country in 1962, the capital was relocated to Entebbe, although the city continued to be the primary economic and manufacturing location for Uganda. In 1922, the Makerere Technical Institute, now known as Makerere University, started as the first collegiate institution both within Kampala, and within the British colonies on the east coast of Africa. Following the 1962 independence, Milton Obote became president of Uganda, and held the position until 1971, when former sergeant Idi Amin defeated his government in a military coup. Idi Amin proceeded to expel all Asian residents living within Kampala, and attacked the Jewish population living within the city. In 1978, he invaded the neighboring country of Tanzania, and in turn, the government there started the Uganda–Tanzania War, which created severe damage to the buildings of Kampala.

The city has since then been rebuilt with new construction of hotels, banks, shopping malls, educational institutions, and hospitals and the improvement of war torn buildings and infrastructure. Traditionally, Kampala was a city of seven hills, but over time it has come to have a lot more.

Kampala has a tropical rainforest climate (Af) under the Köppen-Geiger climate classification system.
A facet of Kampala’s weather is that it features two annual wetter seasons. While the city does not have a true dry season month, it experiences heavier precipitation from August to December and from February to June. However, it’s between February and June that Kampala sees substantially heavier rainfall per month, with April typically seeing the heaviest amount of precipitation at an average of around 169 millimetres (6.7 in) of rain. Kampala has been frequently mentioned as a lightning-strike capital of the world.

Interesting Sites To Visit In Kamapala 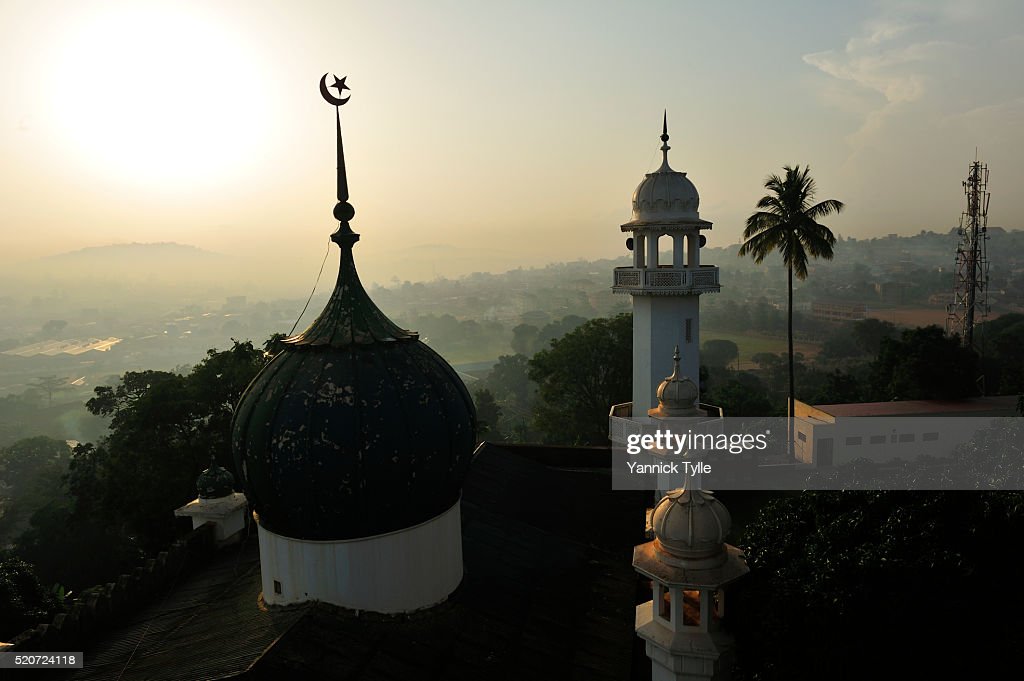 Facts About Uganda you may not know

1. There is No Airport in Kampala

As compared to most capital cities in the world, there is no airport in the city of Kampala. Uganda’s entry point by air is through Entebbe Airport.

Entebbe International Airport, the largest in the country, is located in Entebbe. It serves numerous airlines, and has flights to and from Nairobi, Juba, Dar es Salaam, Addis Ababa and Kigali.

The city of kampala has numerous rolling hills. Initially, it occupied seven hills but it has now grown into Kampala Hill, Nakasero Hill, Tank Hill and Mulago Hill.

3. Hill of the Impalas

Kabaka of Buganda had reserved the Kampala region as a hunting area because of the region’s dense population of impalas. The city got its name from a Luganda phrase that means that is of the impala.

Kampala has one of the seven Baha’i Temples in the world. The Baha’i faith has grown in Uganda despite the murder of its founder during the reign of Idi Amin years ago.

Kampala has most of the top luxury hotels in Uganda. You can stay in plush hotels on Nakasero Hill such as Sheraton Kampala Hotel, Kampala Serena Hotel and Speke Hotel Kampala.

Kampala has dozens of tourist attractions and they include Kasubi Tombs, Uganda Museum, Gaddafi National Mosque and Wamala Tombs.
These interesting facts about Kampala prove there is a lot to discover during a business or leisure trip in Uganda. Explore Kampala!

PICTURES OF KAMPALA BELOW; 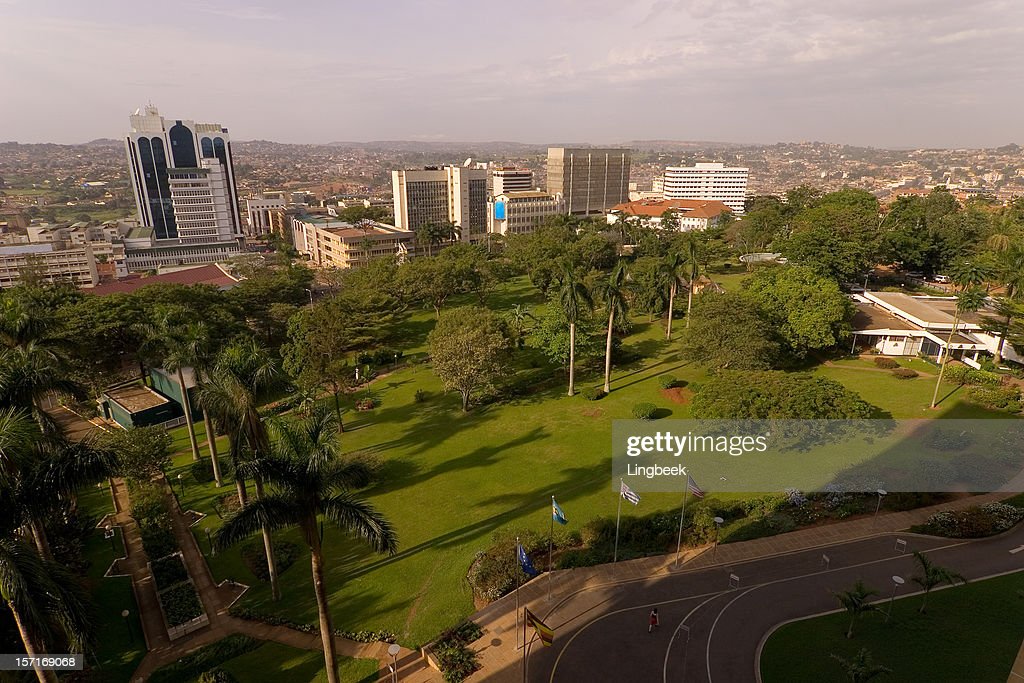 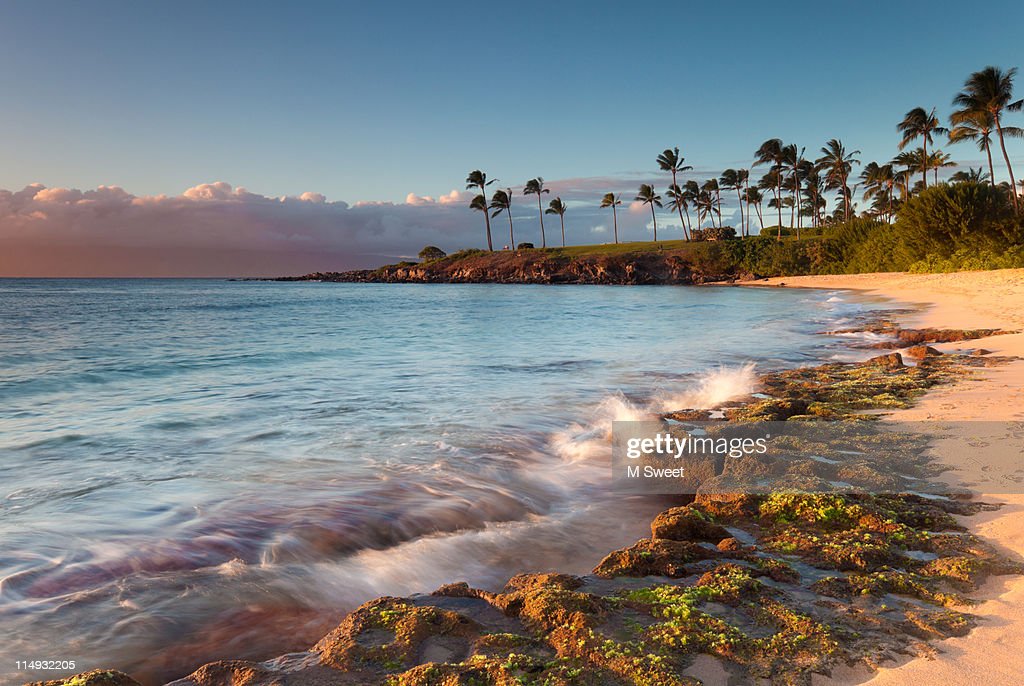 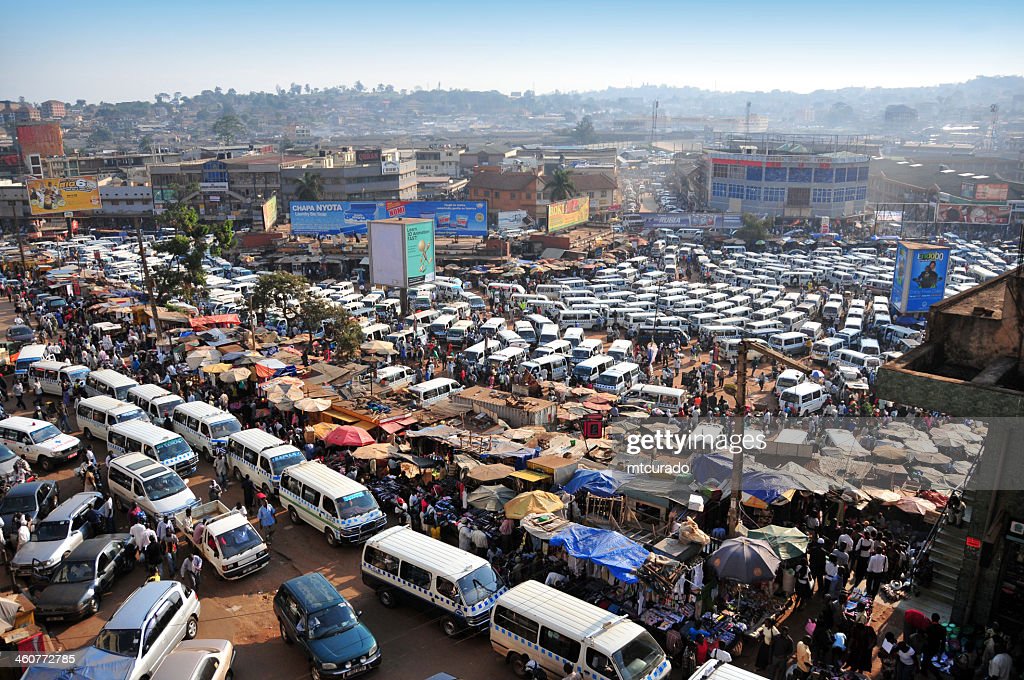 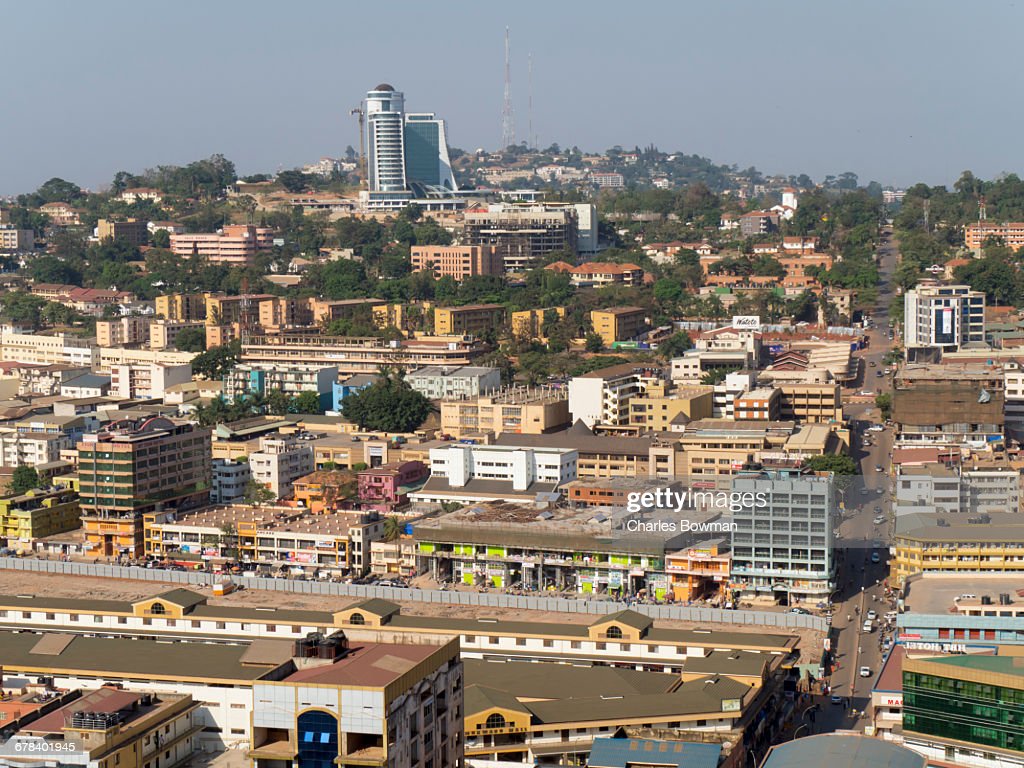 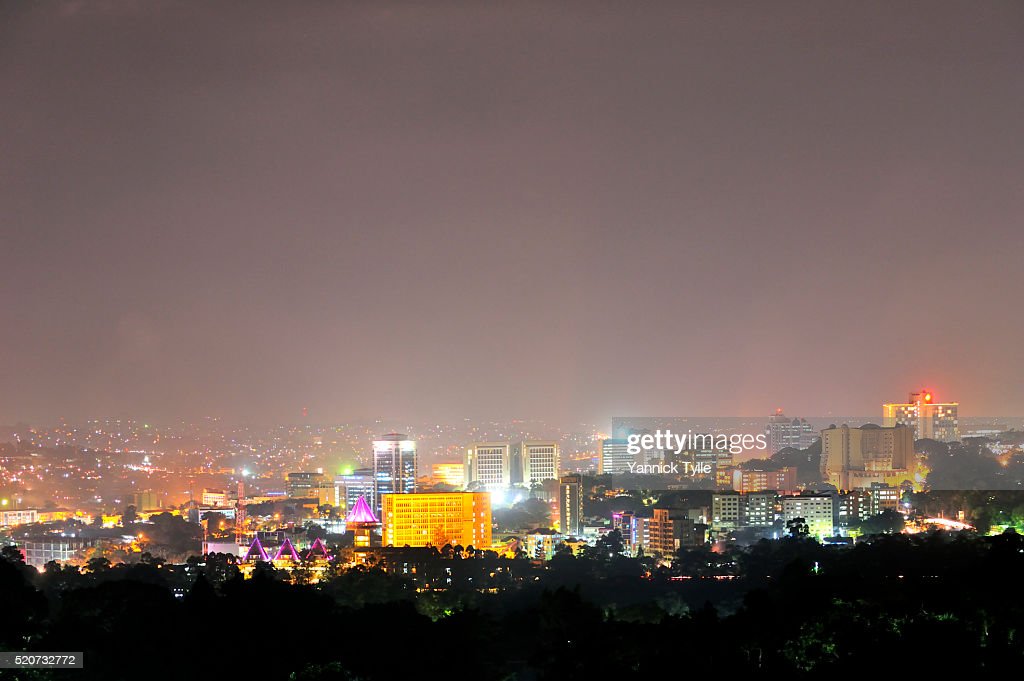 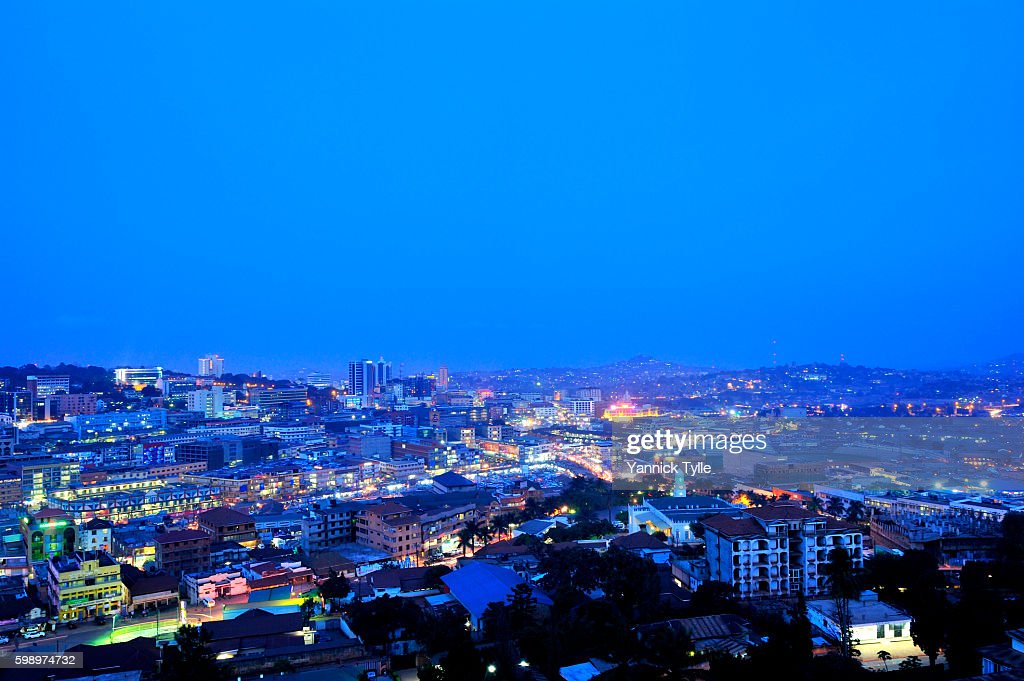 MORE PICTURES OF KAMPALA STREETS AND BUILDINGS  BELOW;

View of Uganda from the top of the Kampala Sheraton Hotel Strategically located in the city of Kampa, the Sheraton Hotel gives an amazing view of the city, capturing very simple yet alluring views. The Grand Imperial hotel in Kampala is indeed grand in every sense of the word for one to easily confuse its picture with a good location in London. The very beautiful and luxurious hotel is located in the Central Business District of Kampala, the elegant hotel is full of charm that the lens cannot miss.

The Jubilee garden is one of those places in Kampala that has seen a large number of people always turning up to have photo shots or to just enjoy great views. The great thing about the garden is that every picture taken here always seem like somewhere far in some expensive city. This may not be Big Ben or the Eiffel Tower, but it has its own place and significance. The only thing better than its picture is seeing it in real life. The Kampala road may not mean a lot to anyone just as a road, but when you picture it alongside the buildings and the great scenery, you will on one side think you are in London and on the other, think you are somewhere in China. Like other Hindu temples, one will definitely not expect the Swami Narayan temple to come lacking in beauty and style. Another Hindu Temple, this comes with the looks and style that have been displayed by others. It is all about beauty and purity with this temple. Located at Kafu Road in Nakasero, everything is very fair with the Fairway Hotel. It has both a kingly size and beauty, as well as completeness and style. For more than 40 years, this stands proudly adding the beauty of the Ugandan City, and from its looks, it is promising to keep doing that for a century to come. Or maybe more. There is hardly a way one will not compare Kampala to Paris, London, Dubai, or one of those extremely beautiful cities at night after seeing the picture of Kampala at night. If you think the pictures you’ve seen so far are beautiful, wait till you see the next set photos
Kampala is the capital city of Uganda in East Africa with over 1 million people live in it, this makes the city Uganda’s largest city. Kampala was the capital of the Bugandan Kingdom several hundred years ago. Today, it is a modern looking city, with outlying townships spreading far beyond the original “seven hills” the city was built upon. The city of Kampala, just like the city of Nairobi has a mixture of cultures. In this city, you’ll find African, Asian, European, and Middle Eastern cultures. Let’s take a closer look at more of the beautiful sites you can find in the city of Kampala only then will you understand how beautiful Kampala can be. Just look below to see more photos of Kampala that you would mistake for London. One thing that has stood the statistics building from most others on the pictures of Kampala is its magnificent architecture. Located on Colville Street, the building is a 10-story low-rise building. Also known as the Nakivubo War Memorial Stadium, this doesn’t look like a very typical stadium. That doesn’t mean that it has a beauty that surpasses what you will find in other places, but it is still beautiful enough to make you think that it is somewhere in North London. Kimathi Avenue is a place in this pictures of Kampala that seems to have it all. It is not as massive as some or even as luxurious as others but it has the beauty, style, and class. A quick look at this picture and you will not know on whether to bet a simple African country or a proud one in Europe or even one with all arrogance in Asia. It is, as you will find out, only but the beautiful Kampala. As it is with most casinos, the Kampala casino has an inviting beauty and homeliness. More so, it is massive in size and satisfying. Of the pictures of Kampala, this may be the hunk.

Somewhere on Hannington Road Kampala, you will find the Stanbic Bank Towers which does more than just sit there as the bank, but also expose the exorbitant power of the bank in both beauty and dominance. The picture of the bank gives a satisfying aura to Kampala. Inasmuch as this area may not in real life be as magnificent as it looks thanks to the touch of the camera, it is still very beautiful and wouldn’t take too much to get you fooled that it is a picture of somewhere in London in the mid-2000s that you are seeing.

Taken near the Kampala Garden City and Oasis mall, this is another place that blends together the feel of Uganda and London all in one. That is what makes this picture stand out.

This Hindu temple is definitely in a class of its own. Without any crazy attempt at getting things complicated, it still returns with beauty and serenity. It is located in Nakasero, Kampala.

Watch video showing the beauty of kampala below; 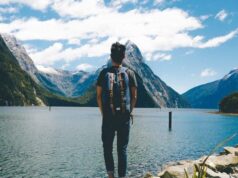 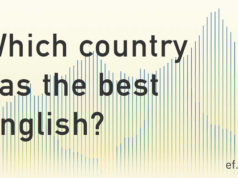 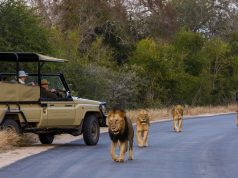