Welcome! TINA Magazine will be showing you the Ancient and ‘Holy’ biblical Mount Sinai in Egypt. Yes.. The amazing Mount Sinai is here in Africa.
Below you will get to see amazing photos with detailed travel guide to the destination. Photos and video will be found very down below.

Mount Sinai, also known as Mount Horeb, is a mountain in the Sinai Peninsula of Egypt that is a possible location of the biblical Mount Sinai. The latter is mentioned many times in the Book of Exodus in the Torah, the Bible, and the Quran. According to Jewish, Christian and Islamic tradition, the biblical Mount Sinai was the place where Moses received the Ten Commandments.

A point of pilgrimage for generations, Mount Sinai (2,285m/7,497ft) was endowed with a Christian place of worship as early as AD527, when Emperor Justinian built a small orthodox monastery there. Known locally as Jabal Mosa or Mount Moses, this is said to be where Moses received the Ten Commandments from God. For many Christians, Jews and Muslims this is a very spiritual place.
From the monastery there are two main routes to climb the 700m (2,300ft) to the summit, both of which children will find difficult. A flight of over 3,700 steps called the Sekket Sidna Mosa (Path of Moses) winds its way steeply up a narrow ravine from behind the monastery, passing through two main gateways. The other route, which is less steep, continues up the valley past the monastery and winds its way around the side of the mountain. It is called the Sikket Al Basha, named after Pasha Abbas I, who had the track constructed. It is also known as the camel track, as people can ride almost to the top, dismount and climb just a few hundred steps to the summit.

St. Catherine is one of the oldest monasteries in the world, founded sometime in the early 4th century. According to the 9th century chronicles of patriarch Eutychios of Alexandria, the monastery was founded in 324 by emperor Helena who visited monks living in the mountains. The monastery was also mentioned in the diaries of a nun, Etheria of Galicia, who visited towards the end of the 4th century.
The monastery got its current form between 548 and 564 when the East Roman emperor Justinian I according to the wishes of the monks built the fortification and stationed a force to protect the monastery. Some of the monks still opted to continue living outside the walls. During this period the main church of the site was constructed. A century later, the remains of Catherine of Alexandria was found at the nearby mountain nowadays known as Mount Catherine. She was the daughter of a Cypriot king who refused to abandon her faith and to marry the pagan Roman emperor Maxentius and was therefore tortured and beheaded in 305. The remains were brought to the monastery, which was also renamed after her.
Also the future prophet Muhammed visited the monastery several times, and later on he guaranteed the protection of the monastery. Only in the 11th century the caliph Al-Hakim threatened to destroy the monastery, and between the 15th and 18th centuries the monks were indeed expelled numerous times but the monastery itself was never destroyed.
1575 the monastery was declared independent from Rome, at that time St. Catherine was the site of an archdiocese. Later on, under the guardianship of the Russian czar, a Greek-Orthodox monastery was established. Nowadays the monastery is juridically a part of the patriarchate of Jerusalem.

SEE ALSO:  Best Holiday Tourist Destinations In Uganda And Things To Do (pics/video)

The monastery complex is located 1570 m above sea level at the foot of Mount Sinai in the Monastery Valley — Wadi ed-Deir. It is surrounded by a walls that are 12-15 m tall and 2 m thick. The old entrance is located at the western side and was only built in the early 19th century when Napoleon invaded Egypt; before this people entered and exited the site by the elevators used for goods. This entrance was actually named after the French general Jean-Baptiste Kleber.
However today’s visitors will use the newer gate, at the northern side of the complex. When entering, you will see the monks’ housing building at the right-hand site. Straight ahead stands the main church

St. Catherine church.
Built in the mid 6th century, this basilica features inscriptions about emperor Justinian, empress Theodora I, as well as the church’s architect Stephanos of Aila. The doors are made of cedar and are decorated with various ornaments. The three main sections of the church are demarcated by twelve granite pillars and have three chapels each, named after saints. The sacristy and the treasure room make up the rest of the church. The tower of the church is comparatively new, constructed only in 1871.
Iconostases and mosaics from several epochs can be seen in the church. The most famous of them is the Mosaic of the Transfiguration. Overall St.Catherine possesses a collection of some 2000 icons. At the right-hand side of the altar there’s the marble shrine containing the relics of St. Catherine. The holiest place is the Chapel of the Burning Bush, located behind the choir. It was constructed in the 13th century at the place where, according to the Book of Exodus, Moses was instructed by God to lead the people of Israel out of Egypt.
In the northwest of the complex you’ll find the Well of Moses; the spring that supplies water to the monastery and, according to legend, the location where Moses met his wife for the first time. Next to it, the Monastery museum, showing icons, writings, equipment used for services as well as gifts given by pilgrims.
At the west side there’s the Omar Mosque from the 12th century, with a minaret north of the mosque itself

Other parts of St. Catherine is normally not accessible to visitors. Accommodation inside the monastery is located at the west and south. The southeastern part hosts the library; the world’s oldest Christian library and with 3500 religious manuscripts and 50,000 books the second largest after the one in the Vatican. 4500 of the works are regarded as rare, but perhaps the largest treasure is the Codex Sinaiticus, the world’s oldest almost perfectly preserved Bible, discovered in 1844 by the German theologian Konstantin von Tischendorff. No access without special permission (granted only to VIPs and bona fide scholars).
Outside the walls, on the western side, there’s a garden, cemetery and ossuary. The latter is a morbid charnel house containing the skulls of 1400 years’ worth of monks who have lived and died here.

Mount Sinai Get In

The closest airport with passenger traffic is in Sharm el-Sheikh, and your only choice of transport is by road. Dahab is 2 hours and 133 km away, Nuweiba is 120 km and a similar 2 hours away, while the trip from Sharm el-Sheikh (230 km) is closer to 3 hours. Most visitors arrive on tours that arrive at approximately 1AM at the foot of the mountain in order to climb Mount Sinai overnight and watch the sunrise. Any guesthouse in Sinai can arrange for you to join a tour. There are also several camps, guesthouses and hotels in St. Catherine that can accommodate tourists and travellers alike.

To get to/from Dahab or Nuweiba, you can use the Bedouin Bus running twice weekly services to each destination for LE 50 (Apr 2016). From Cairo, the East Delta Bus Company leaves the new Cairo Gateway station daily at 11AM and takes about 7 hours. The cost is LE 75 (Apr 2016), and the schedule for this bus is also available at the Bedouin Bus home page.
Public buses arrive at the monastery, at the base of Mount Sinai. From there it’s about 2km to the St. Catherine Village, also known as el-Milga.

You have two choices for getting around and climbing the mountain: on foot, or by camel. See Do for the full scoop. 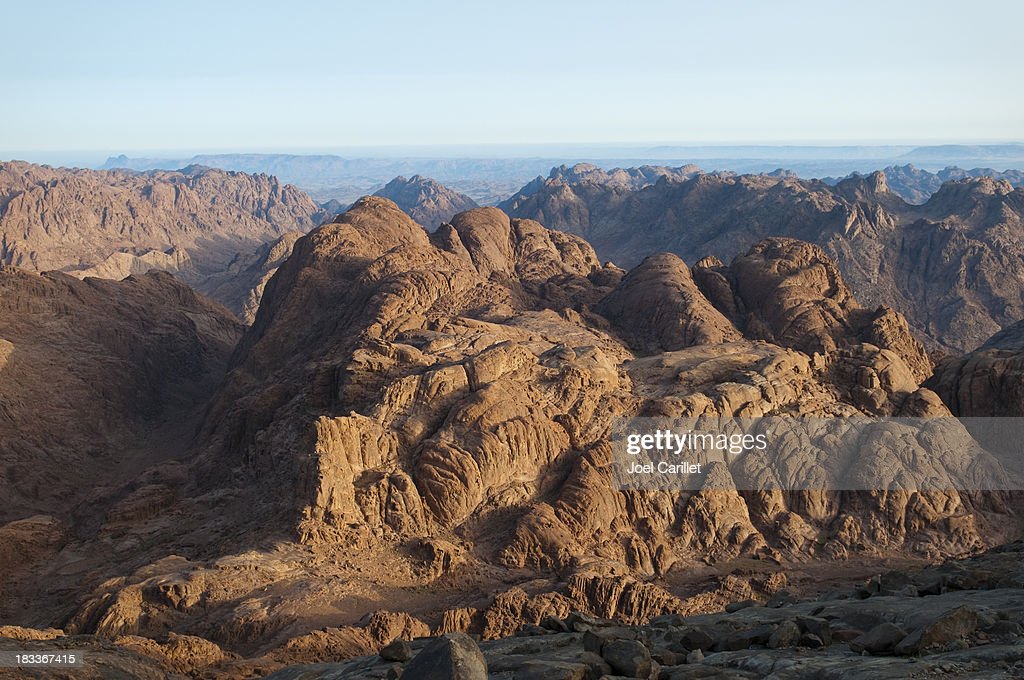 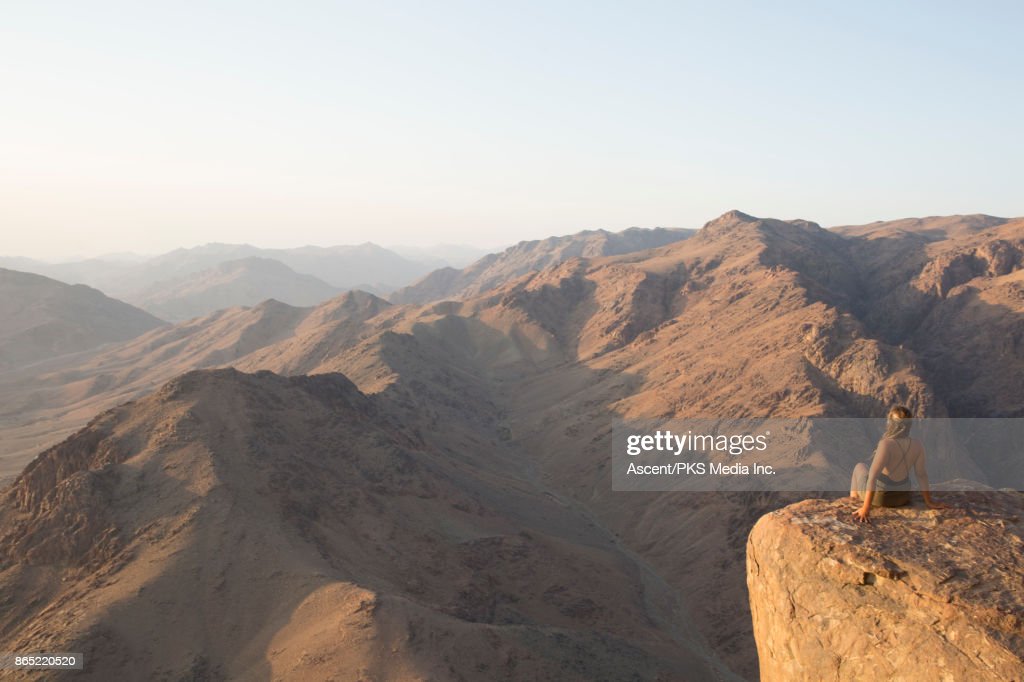 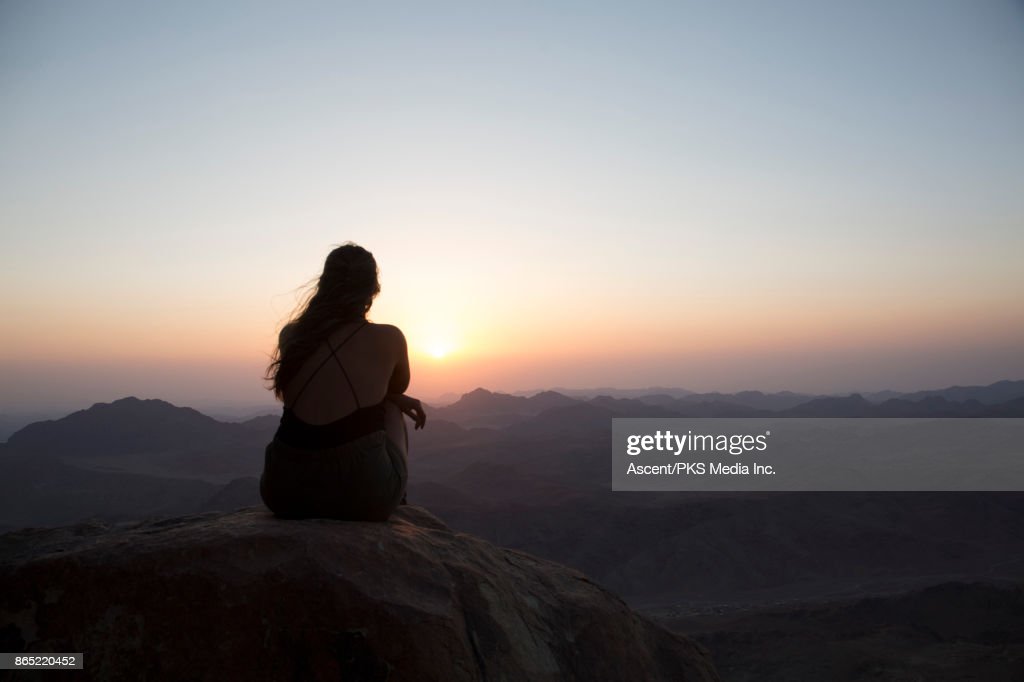 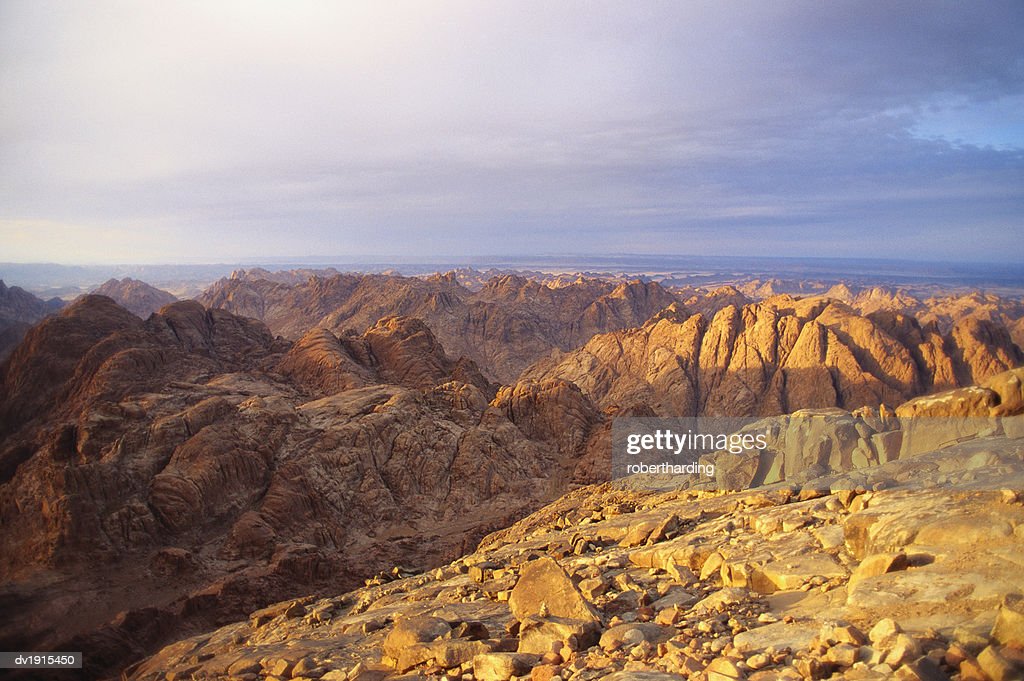 Sunset in the Sinai desert

Groove Cartel – The way we move