Alexandria, the second largest city in Egypt, known as “The Pearl of the Mediterranean”, has an atmosphere that is more Mediterranean than Middle Eastern. Its ambience and cultural heritage distance it from the rest of the country although it is actually only 225 km. from Cairo.

Founded by Alexander the Great in 331 BC, Alexandria became the centre of culture for centuries, and it remained Egypt´s capital for nearly a thousand years. Alexandria was known because of its lighthouse (Pharos), one of the Seven Wonders of the Ancient World; its library (the largest library in the ancient world); and the Catacombs of Kom el Shoqafa, one of the Seven Wonders of the Middle Ages.

After its foundation, Alexandria became the seat of the Ptolemaic Kingdom, and quickly grew to be one of the greatest cities of the Hellenistic world. Only Rome, which gained control of Egypt in 30 BC, eclipsed Alexandria in size and wealth. The city fell to the Arabs in AD 641, and a new capital of Egypt, Fustat, was founded on the Nile. After Alexandria’s status as the country’s capital ended, it fell into a long decline, which by the late Ottoman period, had seen it reduced to little more than a small fishing village. The French army under Napoleon captured the city in 1798 and the British soon captured it from the French, retaining Alexandria within their sphere of influence for 150 years. The city grew in the early 19th century under the industrialization program of Mohammad Ali, the viceroy of Egypt. The current city is the Republic of Egypt’s leading port, a commercial, tourism and transportation center, and the heart of a major industrial area where refined petroleum, asphalt, cotton textiles, processed food, paper, plastics and styrofoam are produced.

Alexandria was founded by Alexander the Great in 331 BC (the exact date is disputed) as Ἀλεξάνδρεια (Aleksándreia). Alexander’s chief architect for the project was Dinocrates. Ancient accounts are extremely numerous and varied, and much influenced by subsequent developments. One of the more sober descriptions, given by the historian Arrian, tells how Alexander undertook to lay out the city’s general plan, but lacking chalk or other means, resorted to sketching it out with grain. A number of more fanciful foundation myths are found in the Alexander Romance and were picked up by medieval historians. A few months after the foundation, Alexander left Egypt for the East and never returned to his city. After Alexander departed, his viceroy, Cleomenes, continued the expansion of the city. In a struggle with the other successors of Alexander, his general, Ptolemy (later Ptolemy I of Egypt) succeeded in bringing Alexander’s body to Alexandria. Alexander’s tomb became a famous tourist destination for ancient travelers (including Julius Caesar). With the symbols of the tomb and the Lighthouse, the Ptolemies promoted the legend of Alexandria as an element of their legitimacy to rule.

The city passed formally under Roman jurisdiction in 80 BC, according to the will of Ptolemy Alexander but only after it had been under Roman influence for more than a hundred years. Julius Caesar dallied with Cleopatra in Alexandria in 47 BC and was besieged in the city by Cleopatra’s brother and rival. His example was followed by Mark Antony, for whose favor the city paid dearly to Octavian. Following Antony’s defeat in Alexandria at the Battle of Actium, Octavian took Egypt as personal property of the emperor, appointing a prefect who reported personally to him rather than to the Roman Senate[citation needed]. While in Alexandria, Octavian took time to visit Alexander’s tomb and inspected the late king’s remains. On being offered a viewing into the tombs of the pharaohs, he refused, saying, “I came to see a king, not a collection of corpses.”

The setting for the stormy relationship between Cleopatra and Mark Antony, Alexandria was also the centre of learning in the ancient world. But ancient Alexandria declined, and when Napoleon landed, he found a sparsely populated fishing village. Alexandria took a new role, as a focus for Egypt´s commercial and maritime expansion. Generations of immigrants from Greece, Italy and the Levant settled here and made the city synonymous with commerce, cosmopolitanism and bohemian culture. Today, while studying here, it´s as important to enjoy the relaxed atmosphere as it is to see the famous historical sights.

Alexandria is one of the best cities for learning Arabic because very few of the natives speak foreign languages. It is a wonderful environment for the study of the Arabic language.

TEN FACTS ABOUT ALEXANDRIA YOU MAY NOT KNOW

1: the center of Hellenistic civilization

In the ancient time, Alexandria was called as the center of Hellenistic civilization. It was the most powerful capital city in Hellenistic and Roman & Byzantine Egypt for 1000 years. The reign of Alexandria as a capital city broke down after the Muslim established a new capital city called Fustat. Later it was included in Cairo after they conquered Egypt in AD 641.

Pharos is the name of the famous lighthouse of Alexandria. It is included in the Seven Wonders of the Ancient World.

3: other interesting features in the city

Alexandria is also famous with the Necropolis. It is included in the list of Seven Wonders of the Middle Ages. The largest library in the ancient world also sits here. It is called Great Library.

4: the second most powerful city

Alexandria is not the first powerful city in the ancient world. It took the second place. The first one is taken by Rome.

5: the interior of building Alexandria

Besides making Alexandria as the Hellenistic center in Egypt, Alexander the Great had built this city to surpass Naucratis. It was also used to link the rick Nile Valley and Greece. Get facts about Alexander The Great here.

6: the island  around Alexandria

The people saw some islands and marshland on the east of Alexandria. Today it is called as Abu Qir Bay.

There were two port cities established in Alexandria as early as 7th century. Those were Canopus and Heracleion.

The largest urban Jewish community located in Alexandria. Other ethnicity  in the city include the Egyptian and Greek. Find out ancient Egypt facts here.

During the Kitos War, there were many parts of the city damaged and destroyed in AD 115. But this war gave the Hadrian and Decriannus to redesign and rebuild this excellent city.

The climate is Alexandria is hot desert climate. But the hot climate is not severe compared to other cities in Egypt. 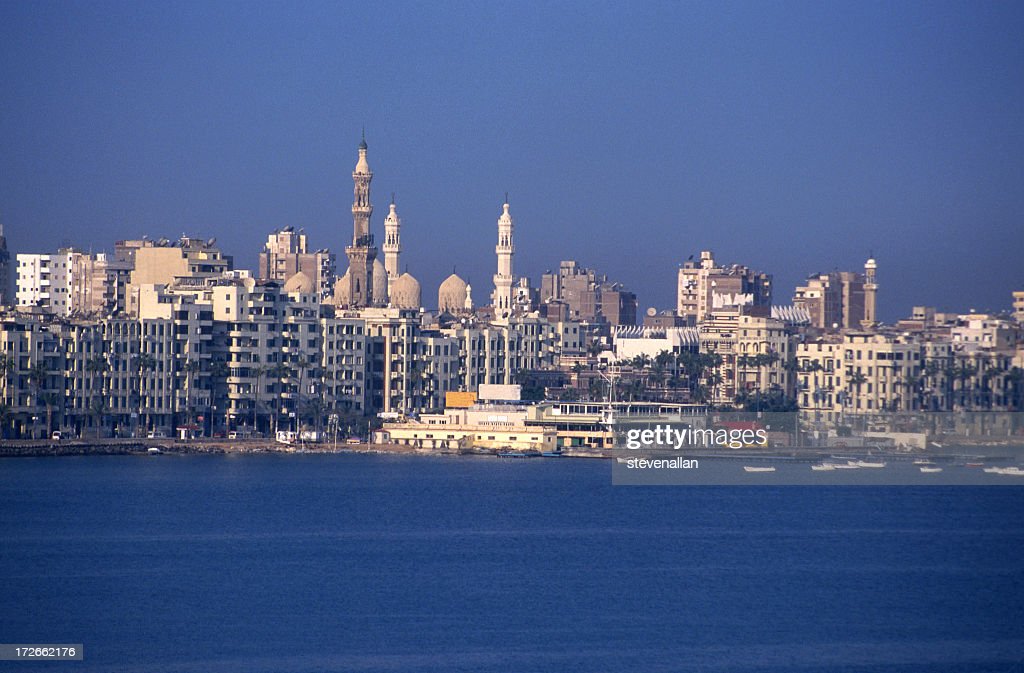 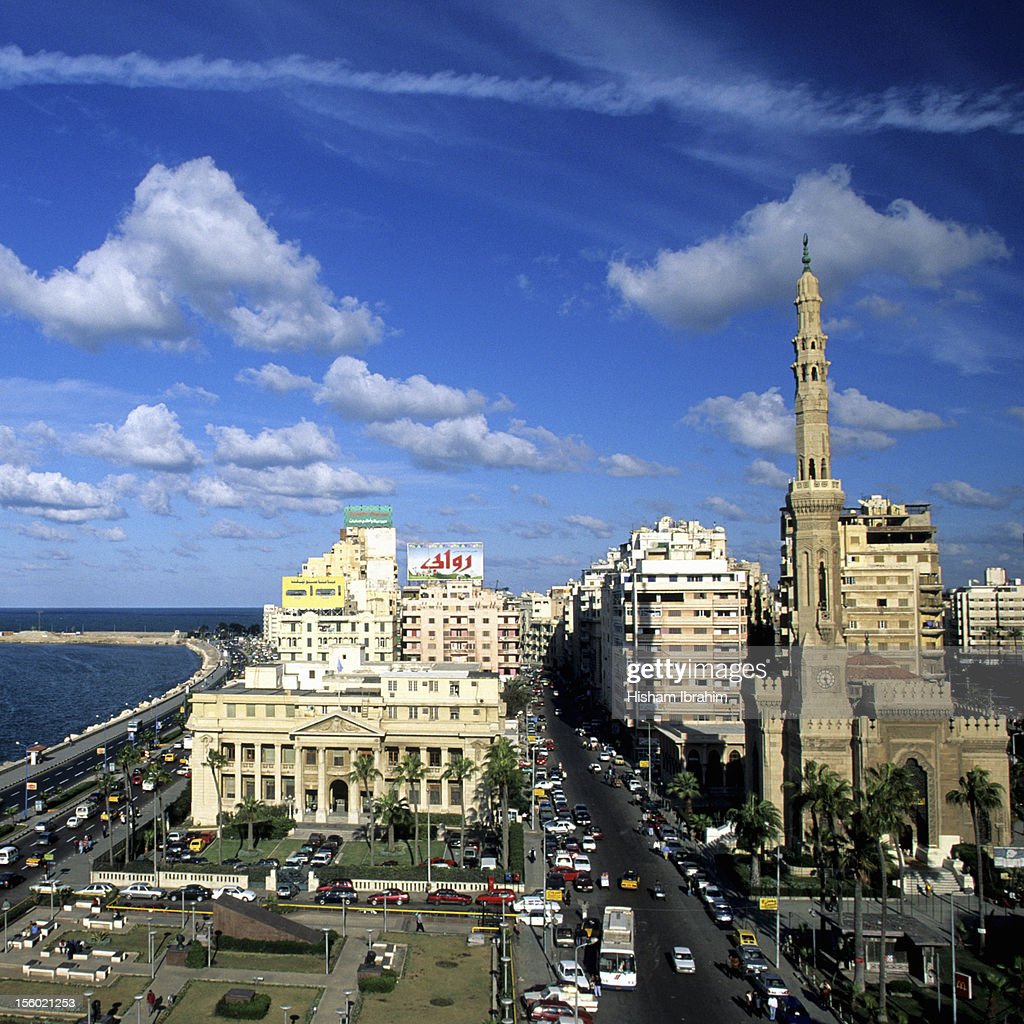 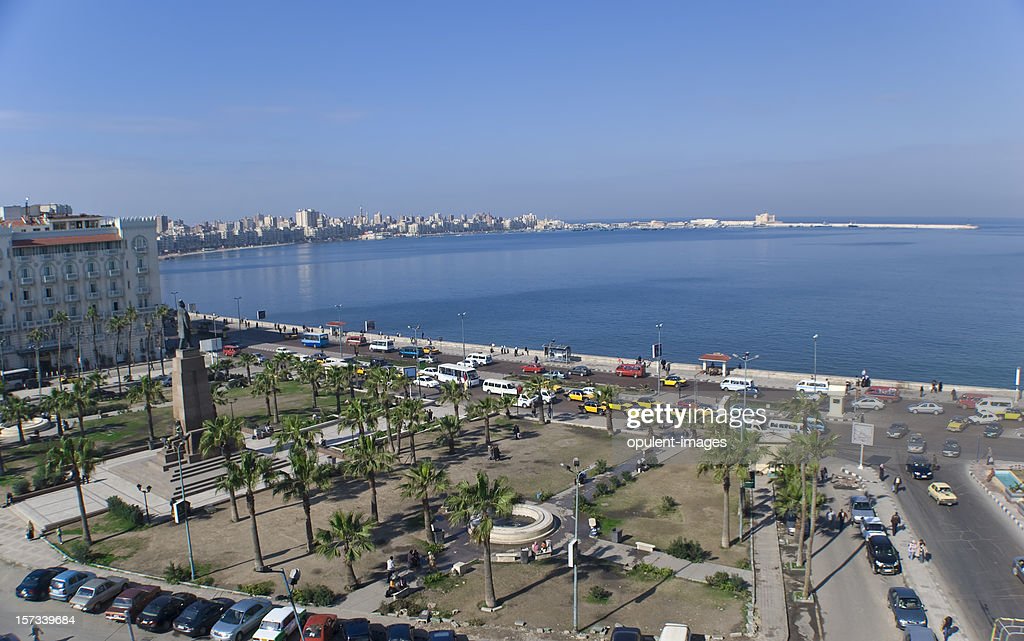 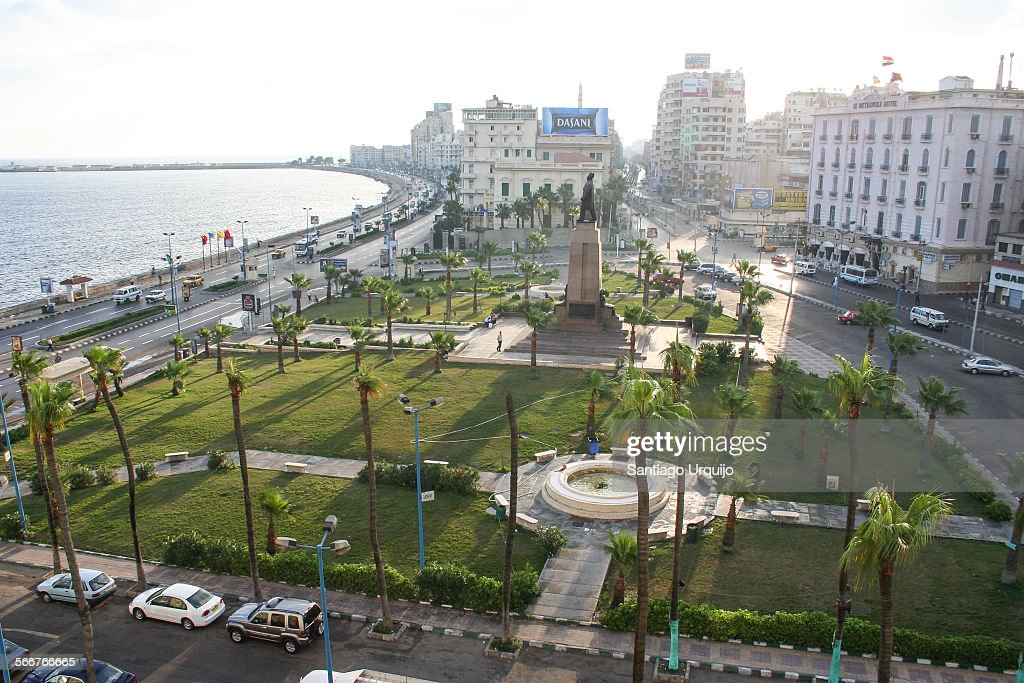 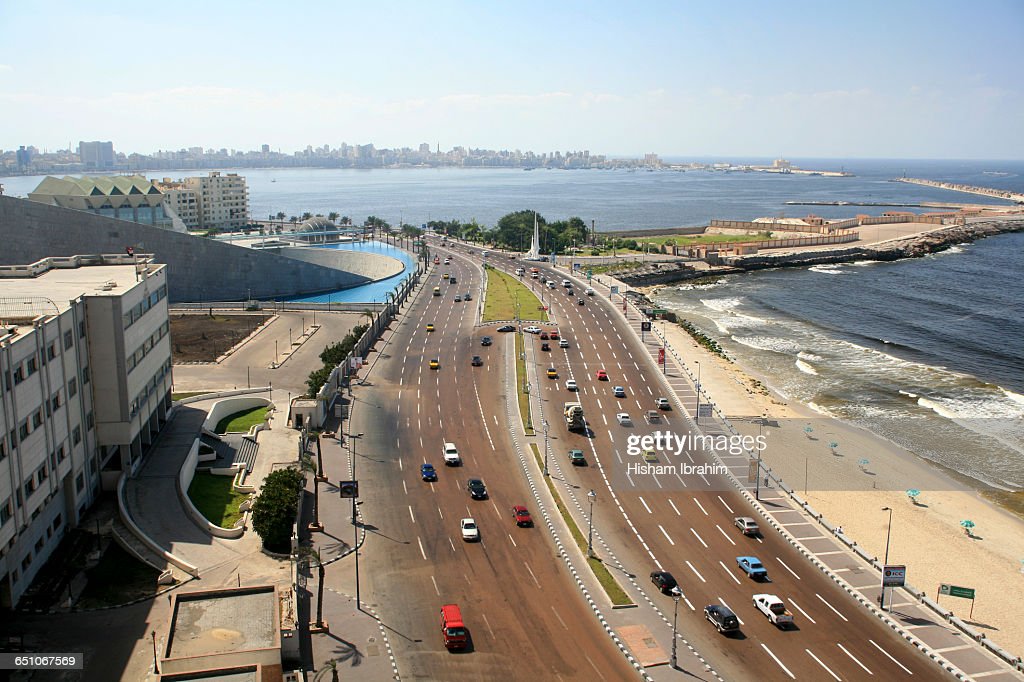 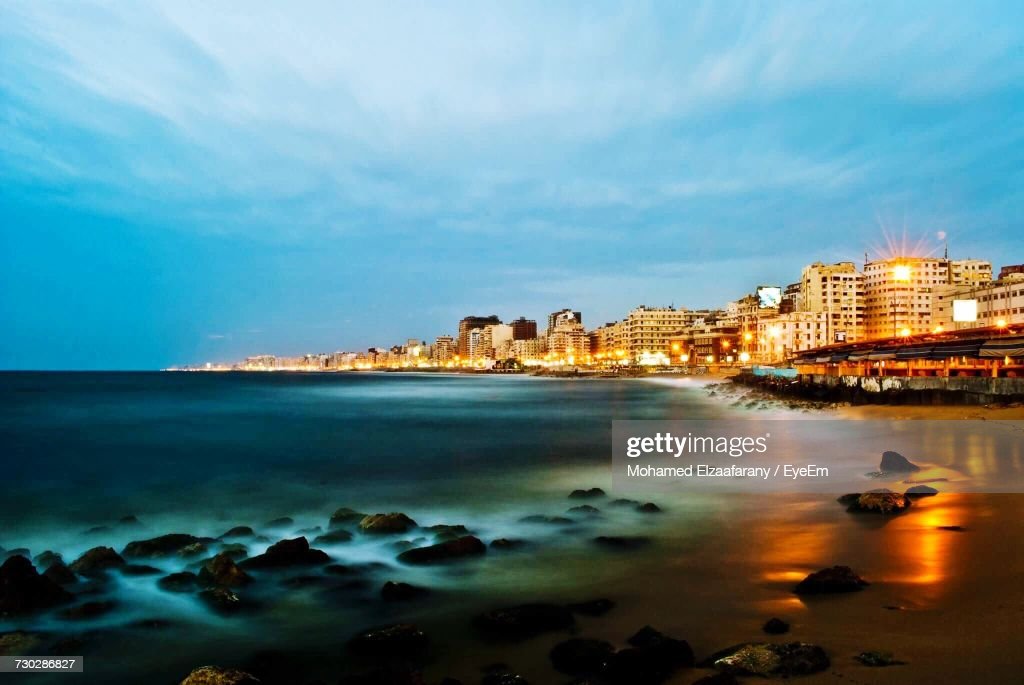 More Pictures Of Alexandria Below

Video: Tekno – On You

Dr Tumi – You Fight For Me

Oskido – Back To The Future ft. Spikiri, Professor & Lady Du