Not long ago we ranked South Africa’s biggest movies of all time TINA Magazine will be ranking the current trendy and hot TV Series in Africa. This cuts across Southern Africa,West Africa And East Africa. These shows were ranked based on their current popularity across Africa at the time of publishing this article. Kindly glance through and share your mind. The 12 TV Shows and series you will be seeing below might just be one of the best ever in Africa too, by popular belief of course.

These Are The Best And Top African TV Shows And Series

Big Brother Naija, formerly known as Big Brother Nigeria, is a reality TV show based on the Big Brother TV series in which 12 contestants live in an isolated house and compete for a large cash prize at the end of the show by avoiding being evicted by viewers. The first season of the show first aired on DStv Channel 37 from March 5 to June 4, 2006. The voting results are verified by the auditing company of Alexander-Forbes.
The second season of Big Brother Naija, the Nigerian version of the reality show Big Brother began broadcasting on 22 January 2017 and is slated to end after 78 days. Ex-housemate Ebuka Obi-Uchendu from season one as the host. Two fake housemates, Jon Ogah and Ese Eriata were introduced halfway into the show to spice things up.
The 2017 edition was a massive success and recorded as the most succesful big brother show in Africa ever.  About 30 million votes were recorded in of the eviction weeks.

Acknowledged as “The Most Successful Television Drama on Nigerian Television in recent times”, Tinsel is unquestionably, a must see. This dazzling Nigeria soap-opera, is packed with passion, romance and intrigue, as well as display some of the most brilliant Nigerian actors and actresses. Proudly produced by M-Net, the show has aired more than Tinsel was in pre-production for over ninety months. Over 500 actors were auditioned for the lead role of Fred Ade-Williams before the decision to cast Victor Olaotan was made. As of June 2013, the show’s production cost per minute is 900 dollars, and total costs have exceeded four billion naira. The show was shot in a studio in Ojota, Lagos until March 2013 when a fire destroyed that location. Since then the show has been shot at a studio and a private residence in Ikeja, Lagos.1000th episodes.

Rhythm City is a South African TV show that premiered on the country’s free-to-air channel, e.tv early July 2007, as a surrogate to the now forgone youth-targeted soap opera, Backstage. According to ratings, the show has an impressive viewership of over 2 million, overtaking rival shows like 7de Laan and Isidingo. The TV series’ storyline centers around the struggles and difficulties encountered by those who are trying to break into the music industry, and the betrayal, duplicity, abortion, homosexuality, love and drug addictions of those who have made it in the business.

Jenifa’s Diary is a Nigerian television comedy series, created by Funke Akindele. The series is part of the Jenifa franchise, based on a naive and funny character of the same name. Jenifa’s Dairy has over 7 (possibly going to 11) seasons and is currently active and ongoing
In this Internet age, people no longer watch TV the way they did in the days of “Checkmate” and Funke Akindele is one of the few who understands this.
“Jenifa’s Diary” is one of the few series with numerous avenues by which it can be viewed. It’s on AIT, NTA, ROK TV, YouTube and her streaming channel, Sceneone TV.
Its availability is probably the reason why it is currently the most popular TV series in Nigeria.

The series is arguably the most successful media franchise, but that isn’t the major reason why we think it shouldn’t end. At least, for now.

SEE ALSO:  The Most Beautiful Countries In Africa 2018

The sixth series of Shuga returned to Nigeria and premiered on March 7, 2018. Set against the backdrop of a bustling Lagos metropolis, where we see the northern and southern communities blended together. In this new season we meet a host of new characters dealing with coming of age drama. Friendships are tested, relationships reach risky heights, and secrets threaten to break family ties. Starring: Timini Egubson reprising his role from previous seasons as Toby. Sharon Ezeamaka, Jemima Osunde, Rahama Sadau, Adebukola Oladipupo, Abayomi Alvin also appeared. With cameo performances from YCee

Desperate Housewives Africa, also known as Desperate HWA, is a Nigerian comedy-drama-mystery television series that premiered on Ebony Life TV on 30 April 2015.The show features an ensemble cast, which includes: Joseph Benjamin, Kehinde Bankole, Omotu Bissong, Nini Wacera, Michelle Dede, Marcy Dolapo Oni and Linda Osifo.
The show was shot in Lekki. It is a Pan-African adaptation of the American series, Desperate Housewives, that aired from 2004 to 2012; the show has been minimally adapted to African themes; from character names to the main plot but the main characters play the same roles as the characters in the original version.

The fifth season of Shuga was called “Shuga: Down South” and took place in South Africa. It premiered on March 17, 2017. It was set in the cool clubs, hangouts and schools of Johannesburg’s Braamfontein, and the township of “Zenzele”. Starring Vanessa Mdee, Nick Mutuma and Emmanuel Ikubese, with cameo performances from Seyi Shay and Kwesta. The season touched on topics such as abusive relationships, sexual assault, back alley abortions, and “blessers” in addition to continuing the conversation about HIV. This was notably one of the darkest seasons of Shuga as it featured the death of a character.

A South Africa soap opera, Generations was the most watched on South African television, with over 7 million viewers, before it was rebranded as Generations: The Legacy. During the 90’s, this TV series was the show of the hour for audiences from all over Africa. The drama series first aired on SABC 1 in 1994. The engaging TV show celebrates the hopes and dreams of South Africans who aim to achieve a better future, which received astonishing warm welcome from the public. Production of the popular soap opera stopped on August 11, 2014. It was created and produced by Mfundi Vundla.

Scandal is an interesting South African TV soap opera that has attracted millions of viewers in the Africa continent. The drama storyline revolves round different characters, each connected to the The Voice newspaper brought together by unique coincidence. Their ideologies and actions reflect on each other’s lives while personal ambitions, noble and ignoble, tint their everyday lives. In an industry beleaguered by frequent criticism; these characters, some charming, some galling, wants their dreams actualized at any cost. 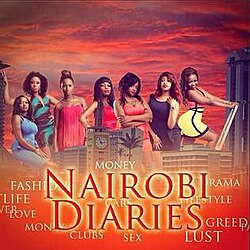 Created by Rohan Dickson, Richard Nosworthy and Bronwyn Berry, The Wild is an entirely location-filmed show, likened to South American telenovelas. The background of the story is a large landmass that is home to a five-star game lodge. The Wild is a brilliant soap opera, which displays some of the best South African acts. The show is produced by M-Net’s in-house production arm, Magic Factory.

Created by John Kani and produced by Urban Brew Studios, iNkaba, a South Africa TV series is must see for everyone. It delves into South Africa’s collective tradition which comprises the stupendously rich and powerful, the resilient middle-class as well as the struggling poor. The show is a narrative brimming with insightfulness. It is definitely on our list.

Nasty C – Best I Ever Had

Dr Tumi – You Fight For Me

Oskido – Back To The Future ft. Spikiri, Professor & Lady Du

The Big Hash – Heavy Is The Crown ft. Blxckie & YoungstaCPT